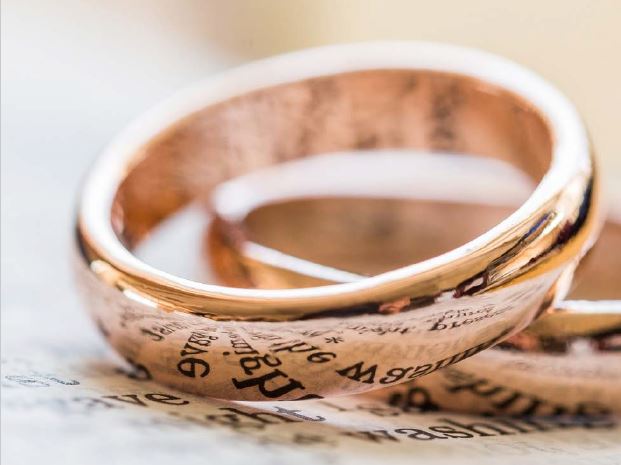 The Law Commission of England and Wales has today outlined recommendations to reform weddings law, proposing a fairer system that gives couples more choice over where and how their wedding takes place.

The Commission was asked by the Government to review the law on weddings, following concerns that it is not working for many couples.

Under current law, the rules and regulations governing weddings are confusing, out-of-date and restrictive. Needless regulation prevents many couples from marrying in a place that is meaningful to them, or having a ceremony reflecting their own wishes and beliefs.

The Commission recommends a new system that would focus regulation on the marriage officiant responsible for the ceremony, rather than on the building where the wedding can take place.

This reform would open up a wide range of locations for couples to get married. Permitted venues would include gardens, beaches, forests, parks, village halls and cruise ships.

This follows increasing public demand for new types of simpler, more affordable and personal options, particularly as household finances come under pressure and the “Covid backlog” of weddings persists.

The changes would also allow for more personalised content, such as the vows, rituals and songs chosen.

The recommendations would ensure fairer treatment for all beliefs, removing the anomalies of the current system, where different religions are bound by a multitude of different rules. This includes creating a path to legalising non-religious belief ceremonies, such as Humanist weddings, in England and Wales, if permitted by Government.

The reforms would also allow the option for civil weddings to be conducted by independent officiants, as well as registrars, if accepted by Government – further expanding choice and availability.

While offering greater freedoms to couples, the reforms are designed to preserve the dignity of weddings, to retain important safeguards, and to protect the longstanding practices and rules of religious groups.

The Commission’s recommendations represent a comprehensive overhaul to current weddings law, the key parts of which date back to 1836 or even earlier. Many of the changes would bring England and Wales in line with laws in other places including those nearby in Scotland, Northern Ireland, Ireland, and Jersey, and further afield such as in New Zealand, Canada and Australia.

“The current law on weddings is not working for many couples. Needless restrictions and outdated regulations mean that thousands each year are denied having a wedding that is meaningful to them.

“Our reforms for Government are designed to protect the established practices and dignity of weddings, while offering couples more choice on where and how they marry.

“There is widespread precedent for our reforms around the world. By giving couples more control over their weddings and ensuring greater parity for all beliefs, the law can support those who want to get married, rather than putting unnecessary barriers in the way.”

The need for weddings reform: the rules and regulations governing weddings are outdated and restrictive

Visit the project page and read the report here.