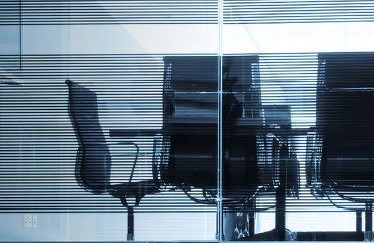 The Law Commission has today published its options for the Government for how it can improve the law to ensure that corporations are effectively held to account for committing serious crimes.

The Commission was asked by the Government to carry out a review of the law on corporate criminal liability, and present a set of options for strengthening the law, in a way that does not overburden businesses.

The review followed concerns that the law falls short in adequately holding corporations – especially large companies – to account, particularly for economic crimes such as fraud.

Under current law, companies and other “non-natural persons” can be prosecuted for a range of crimes in England and Wales, which can also include environmental or regulatory offences.

While there were over 5,000 convictions for corporations and other bodies in 2020 alone, there is widespread concern that the law does not fully hold such entities to account for criminal acts, as there is often difficulty in pinpointing responsibility within organisations, where decision-making can be dispersed.

In its new paper, the Law Commission today presents ten reform options to the Government. The proposed reforms are designed to ensure that corporations of all forms can be properly convicted of crimes, without placing an administrative burden on law-abiding businesses.

The options for reform to corporate criminal liability include widening the scope for attributing liability to corporations for the conduct of senior management – which would reform the established “identification doctrine”.

It also contains the option of extending “failure to prevent” offences so that they capture other economic crimes by corporations, including an offence of “failure to prevent fraud”. This would cover a situation in which the company has failed to put measures in place to prevent their own employees or agents committing fraud for the benefit of the company.

Commenting on the reform options set out to Government, Professor Penney Lewis, the Law Commissioner for Criminal Law, said:

“There is broad consensus that the law must go further to ensure that corporations – especially large companies – can be convicted of serious criminal offences, such as fraud.

“It’s imperative that we have the right mechanisms in place to allow companies to be effectively held to account for misconduct carried out in their name. Our ten options for improving the law on corporate criminal liability mean that the Government now has several viable routes to reform at its disposal.”

“It’s essential that any new reforms to hold corporations to account for crimes do not place an undue regulatory burden on law-abiding companies.

“Our options for reforming the law on corporate criminal liability are designed to strike a balance between ensuring that the law works well to punish corporate entities when misconduct is committed on their behalf, whilst avoiding a new suite of burdensome administrative requirements for businesses.”

The Commission’s possible options presented to the Government for law reform include:

1. Retain the current general rule of criminal liability applied to corporations – the “identification doctrine” – as it stands.

2. Allow conduct to be attributed to a corporation if a member of its senior management engaged in, consented to, or connived in the offence. This could be drafted so that chief executive officers and chief financial officers are always considered part of an organisation’s senior management.

3. Introduce an offence of failure to prevent fraud by an employee or agent. This would apply when the company has not put appropriate measures in place to prevent their own employees or agents committing a fraud offence for the benefit of the company.

4. Introduce an offence of failure to prevent human rights abuses.

5. Introduce an offence of failure to prevent ill-treatment or neglect.

6. Introduce an offence of failure to prevent computer misuse.

7. Make publicity orders available (requiring the corporate offender to publish details of its conviction) in all cases where a corporation is convicted of an offence.

9. Introduce civil actions in the High Court, based on Serious Crime Prevention Orders, with a power to impose monetary penalties.

Read more about the project and access the full paper here.