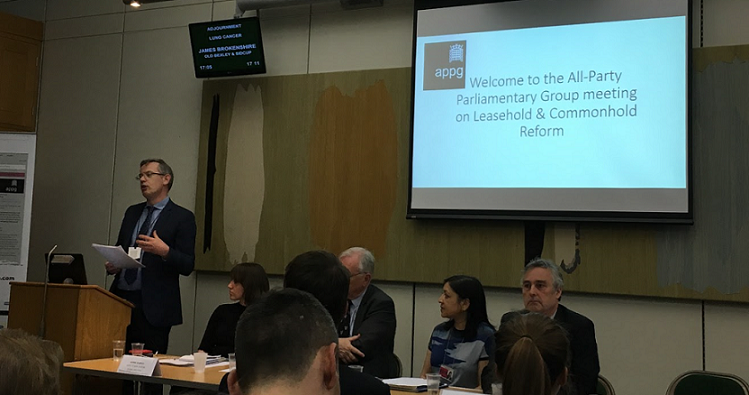 Professor Nick Hopkins has pledged that the Law Commission’s leasehold reform recommendations to government will provide a “better deal for leaseholders”.

Speaking to parliamentarians involved in the Leasehold and Commonhold All-Party Parliamentary Group, the Property, Family and Trust Law Commissioner said:

“The purpose of our project is to provide a better deal for leaseholders as consumers.

“Our work is an opportunity to streamline and simplify the law, and to make it cheaper for people to enfranchise.

“I’m certain that this project will improve the position of millions of leaseholders in England and Wales.”

Professor Hopkins was speaking after the Terms of Reference for the project were published on the Commission’s website earlier this week. The Commissioner addressed the complexity of the work and urged caution against quick fixes.

“We know that, for many, reform cannot come quickly enough. But I would like to sound a note of caution.

“Hasty and rushed legislative reforms are dangerous – and ultimately in no-one’s interest.

“Enfranchisement is hugely complicated. The rules are the product of over 50 Acts of Parliament, totalling over 450 pages.

“And there are numerous stakeholders who need to be consulted before any reform recommendations are made.”

Following the Law Commission’s 8-week call for evidence on Commonhold a full consultation paper is expected later in 2018.  The Commission received more than 140 responses to its call for evidence and heard from around 20% of existing commonholders.