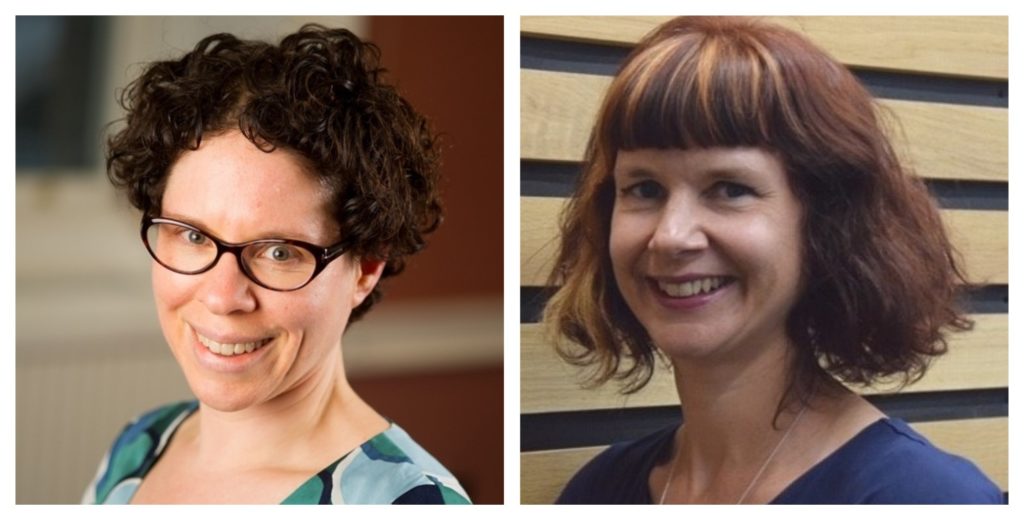 The Government has today announced the appointments of Professor Penney Lewis and Professor Sarah Green as new Commissioners at the Law Commission for a period of five years.

They join the Commission at a time of great constitutional, economic, social, scientific and technical change and will be instrumental in leading law reform in England & Wales. As part of their roles, they will help ensure the Commission keeps abreast of emerging developments in  bioethics, cybercrime, “big data”, security and privacy, artificial intelligence (AI) and the digital economy.

“We are absolutely delighted to welcome Professor Penney Lewis and Professor Sarah Green to the Law Commission.  The pool of candidates for the two positions was exceptionally strong.

“Our two new appointments bring with them to their posts tremendous skills across a wide range of subject matters and issues that will be of importance in the coming years. We are all looking forward to working with them.”

“I hope to use the breadth of my expertise and experience to provide solutions that help to modernise and simplify the criminal law and ensure it works for everyone.

I am particularly excited to begin with the interlinked projects to improve the protection offered by the law to the growing number of victims of hate crime, offensive and abusive communications and the non-consensual sharing of intimate images.”

“Technology poses a series of complex problems for lawmakers and wider society. The work the Law Commission is undertaking on such matters as intermediated securities and smart contracts can help unlock obstacles to business, which will be especially important in the trading environments of the future.

“I look forward to joining the Law Commission to tackle these challenges and to assist in shaping the legal reform that will allow these technologies to thrive in the UK.”

The priorities for Professor Lewis and the team include recently announced projects to protect victims of abusive online communications and from the taking, making and sharing of intimate images without consent. Professor Lewis will also lead on the work to review the adequacy of protection offered by hate crime legislation and on the confiscation of the proceeds of crime. Professor Lewis has an international reputation in the relationship between law, medicine and science. She will be interested in working with Government and industry in these areas.

As the Commercial and Common Law Commissioner, Professor Sarah Green will lead on projects that have a very real impact on people across the UK. Over and above her work on the use of technology in business and commerce she will take over the completion of a project on the Right to Manage which aims to make it easier for leaseholders to take control over the running of their buildings.  The ongoing work in relation to intermediated securities will identify potential issues for both investors and companies.

These two appointments are the first made through a new process that sought to encourage applications from a broader and more diverse range of persons than the Commission had traditionally recruited from. The Commission conducted outreach work with a range of contacts in academia, representative lawyers’ groups and other key stakeholders to draw attention to the roles and to encourage applications from those who might not otherwise have considered applying for the role. The Commission also sought interest from lawyers with skills relevant to the challenges that society will face in the future.

The Commission will continue with this outreach exercise so that, over time, it increases its links to those from diverse backgrounds and with new legal skills.

Penney Lewis is currently a Professor of Law and Co-Director of the Centre of Medical Law and Ethics in the Dickson Poon School of Law, King’s College London. She became Reader in Law in 2005, and Professor of Law in 2007. She received an SB in Mathematics from the Massachusetts Institute of Technology in 1989 and a JD from the University of Toronto in 1992. Following a judicial clerkship at the Supreme Court of Canada, she gained an MA in Medical Ethics and Law from King’s College London in 1994 and an LLM from Columbia University in 1995.

In addition to her role at King’s College London, Professor Lewis is a Member of the Board of the Human Tissue Authority (HTA), the statutory regulator for human tissue and organs. She is also a member of Genomics England’s Ethics Advisory Committee and was a member of the UK Donation Ethics Committee from 2010 to 2016.

Professor Lewis’s work is both comparative, covering multiple jurisdictions and different legal systems, and interdisciplinary, intersecting with history, psychology, ethics, medicine and science. Her research covers two separate subject areas. In the area of criminal evidence and procedure, her work has focused on prosecutions for historic childhood sexual abuse and the law governing corroborative and supporting evidence. She has also published widely in the field of medical law, with a particular interest in the relationship between the criminal law and medicine.

In addition to her role, Sarah is also Articles Editor for the Oxford Journal of Legal Studies, a member of the editorial team of the Professional Negligence Law Reports and a member of the Bristol and Bath Legal Tech Advisory Board.

Sarah has written about a variety of issues including virtual currencies, blockchain issues surrounding intermediated securities, smart contracts, sale of goods law as applicable to digitised assets, and wage theft.