We use small files called ‘cookies’ on www.lawcom.gov.uk. Some are essential to make the site work, some help us to understand how we can improve your experience, and some are set by third parties. You can choose to turn off the non-essential cookies. Which cookies are you happy for us to use?

These cookies will always need to be on because they make our site work.

We have no control over cookies set by third parties. You can turn them off, but not through us. In addition, if you share a link to a page, the service you share it on (for example, Facebook) may set a cookie.

How are we doing?

We want to know how our website is working for you and where we can improve. 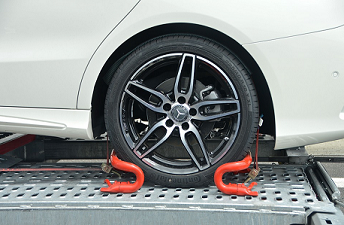 The Law Commission today welcomed the decision by Ministers to close a legal loophole which means buyers of second-hand vehicles are at risk of having them repossessed due to unfair laws around logbook loans.

Logbook loans are a way for borrowers to use their car or van as security for a loan and over the last 10 years their use has rocketed – but if payments are missed borrowers can face swift repossession.

Those who buy second hand in good faith can also unexpectedly find themselves losing the vehicle or having to pay off somebody else’s loan.

Following recommendations by the Law Commission in September 2016, Economic Secretary to the Treasury Simon Kirby has confirmed planned changes to the law to protect buyers and borrowers alike.

“This is great news for car-buyers. Every year many were unwittingly purchasing second hand-vehicles at risk of repossession due to unfair log book loans.

“The current law doesn’t give them the protection they deserve and our recommendations for changes are about putting people back in the driving seat when it comes to logbook loans.

“I’m pleased that the Treasury has agreed and acted swiftly to put the brake on this out of date legislation. We’re drafting a bill which we hope will be introduced into Parliament next autumn to change the law by 2019.”

The use of bills of sale, where people can use goods they own as security while retaining possession of those goods, has grown from under 3,000 in 2001 to over 37,000 in 2015.  They are mostly used for logbook loans.

The Law Commission recommended changes that would make this form of lending fairer for borrowers and offer greater protection to people buying second-hand vehicles that are still subject to logbook loans.

Under the Commission’s recommended reforms, borrowers and buyers would be given similar protections to those offered by hire-purchase law:

In relation to goods other than vehicles, the new Goods Mortgages Act will also modernise the High Court registration system.

This would minimise the cost and difficulty of raising money against valuable goods and business assets to help businesses suffering from temporary cash flow problems access finance.

It will also allow individuals to raise cash against their valuable items, such as paintings, watches and antiques while remaining in possession and being able to use or lend the items to galleries or collectors.

For more details on this project, visit https://www.lawcom.gov.uk/project/bills-of-sale.